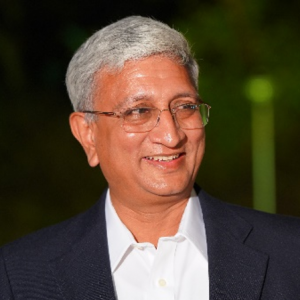 Prof. Kalidindi N. Satyanarayana is currently the Director of IIT Tirupati, Andhra Pradesh. He has been a Professor in the Building Technology & Construction Management Division of the Department of Civil Engineering at the Indian Institute of Technology Madras, Chennai, India.
He received his B.Tech degree in Civil Engineering from IIT Madras. He then received MS and PhD degrees with specialization in Construction Engineering and Management from Clemson University, USA. He has been a faculty member at IIT Madras since 1991. In 2009 he was a Visiting Professor at Iowa State University, USA.His teaching, research and consulting interests are in the areas of project management, construction contracts, construction productivity, construction equipment, C&D waste management and public private partnerships. He has published extensively in these areas. He is the recipient of many academic awards including the PMI (India) Distinguished Scholar Award (2011).
At IIT Madras he served as Advisor – Alumni Affairs (2004-2009) and Chairman – Engineering Unit (2010-2013). He is currently Chairman of the Implementation Committee for IIT Madras Research Park – Phase II (one million sq.ft. facility). He has served on the committees for setting up new campuses including – IIM Trichy, IIT Indore and IIT Jodhpur.He is Chairman of the Academic Advisory Group, Project Management Institute (PMI) India; Vice-Chairman, Board of Advisors of The Glass Academy; Expert Member on the Board of Management of Building Materials & Promotion Council (BMTPC), and serves as Independent Director on five company boards.