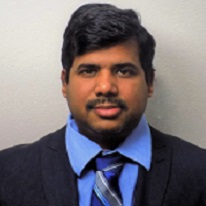 I was fortunate enough to volunteer for Sci-ROI and contribute to this very nice initiative. This was very learning and enriching experience under the guidance of Dr. Aseem Ansari. I got the opportunity to directly interact with the head of institutions and policymakers of Govt. of India. From the Sci ROI annual event platform, I got to know about the research opportunities and various funding resources available to new faculties in India. This helped me in my decision to apply for Ramalingaswami Re-entry fellowship. Fortunately, I have been awarded the fellowship and look forward to starting the research journey in the area of plant biotechnology in India.

Devesh completed his B. Tech. & M. Tech. in Electronics & Communication Engineering from Indian Institute of Technology, Roorkee (IIT Roorkee) in 2010 with 1st Rank. He was selected as a Khorana scholar and as a part of it did his internship in summer of 2008. Devesh graduated from University of Wisconsin – Madison with M.S. and Ph.D. in Electrical Engineering in 2016. During the course he received academic achievement award for securing GPA 4.0/4.0 and Peterson distinguished dissertation award for his Ph.D. dissertation. Currently establishing his own company http://bioinformaticals.com 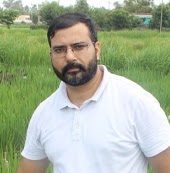 Arun Kumar obtained his Ph. D degree in Biotechnology from Punjab University, Chandigarh and CSIR-IHBT, Palampur, H.P. India in 2013. Thereafter, he joined Prof. AC Kushalappa’s group as postdoctoral fellow at Department of Plant Science, McGill University, Canada from 2013-2015. Later on, he moved to USA to join Prof. Shelley Jansky and Dr. Dennis Halterman’s group at Department of Horticulture, University of Wisconsin-Madison, USA from 2015-2017. Recently, Arun was awarded with prestigious Ramanujan Fellowship in 2017, and has joined School of Agricultural Biotechnology, Punjab Agricultural University, Ludhiana, Punjab. His research interests and long term goals are to understand the mechanisms of genetic resistance in crops against fungal pathogens at the molecular and biochemical levels and exploit this information for crop improvement. Arun is also interested in bioprospection of microbial diversity for development of industrially and commercially valuable products.

Has a doctorate from Institute of Chemical Technology and now is working as an assistant professor Manipal University.

Dr. Abhinav Kanwal grew up in one of the most sublime environments of a popular town known as Dharmashala, Himachal Pradesh, surrounded by beautiful ice capped Dhauladhar Mountains of the Himalayas. He completed his under-graduation in pharmaceutical sciences from Punjab University, Chandigarh and postgraduate studies in pharmacology and toxicology from NIPER-Hyderabad, during his graduation studies in pharmaceutical Sciences as a PhD research scholar he spent 3years at Indian Institute of Chemical Technology (CSIR-IICT), Hyderabad and later two years at Translational Health Science and Technology Institute (DBT-THSTI), Faridabad. With all these experiences Dr. Kanwal chose University of Chicago, USA as a post-doctoral scholar to pursue cardiac biology research. After that he joined Manipal University, Karnataka, as an assistant professor in February 2018. His research is focused on exploring the mechanisms and pathologies involved in cardiac myopathies and how this can be reversed by using epigenetic approaches using various molecular biology and pharmacological approaches. 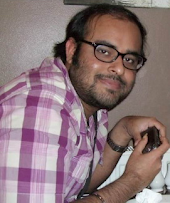 Bhavani Shankar Sahu is currently a Post doc at the University of Minnesota at the Department of Integrative Biology and Physiology. He did his PhD at IIT Madras 2007-2013 in Cell biology and Molecular Genetics and moved to Cambridge University, UK as a post doc where he worked on cellular trafficking in neuroendocrine cells. In 2016 he moved to University of Minnesota to study role of neuro-endocrine proteins in metabolic disease. His research interests are: Cellular trafficking, Metabolic diseases, neuroendocrinology, high accuracy proteomics. He strongly advocates science communication to public and was involved in the Cambridge science festival, Minnesota state fair Science booth. He also visits rural schools in back ward districts of India in the states of Orissa and Andhra Pradesh to communicate science. He is starting as Ramalingaswami fellow in fall 2018.

Has a Ph. D. from SRTM University, Maharashtra. Involved in aquaporin transport systems in plants.

Dr. Rupesh Deshmukh did his Ph. D. in the year 2011 from SRTM University, Maharashtra. He has recently received Ramalingaswami Fellowship. As a part of the award, he is presently working as a Ramalingaswami Fellow at National Agri-Food Biotechnology Institute (NABI), Mohali. Before joining at NABI, he was working as a Visiting Professor during last four years at University Laval, Quebec, Canada. He did postdoctoral research at Missouri University, USA and at Laval University, Canada.Dr. Deshmukh has significantly has expertise with aquaporin transport system in plants. Over last six years, he has extensively worked on aquaporin. He has published over 60 research articles in the reputed journal. His interest spans diverse fields in plant science covering computational biology, gene identification through approaches like QTL mapping and GWAS, and elucidation of molecular mechanism through the integration of omics approaches. Dr. Deshmukh is a life-term member of many academic societies and serving as an editorial board member and associate editor. 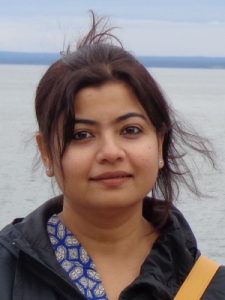 Assistant Professor at the Biological and Life Sciences division of Ahmedabad University, Gujarat

Dr Ratna Ghosal is working as an Assistant Professor at the Biological and Life Sciences division of Ahmedabad University, Gujarat. She did her MSc in Zoology from Kolkata University and a PhD in Ecology from the Centre for Ecological Sciences, Indian Institute of Science, Bangalore. For her PhD, she studied the endocrine correlates of estrous behaviour in Asian elephants. She had developed a non-invasive technique based on faecal progesterone metabolite patterns to assess the estrous cycle of the female elephants. Following her PhD, Dr Ghosal received a grant from the Rufford Small Grants for Nature Conservation, London, UK to study the “musth” behaviour of the male Asian elephants. Post-PhD, Dr Ghosal moved to the University of Minnesota, Twin Cities to conduct research on the invasive fish in the North American ecosystem. She was also a member of the Minnesota Aquatic Invasive Species Research Center, where she studied endocrine mechanisms of pheromone release and its olfactory recognition in invasive carps. She developed an integrated approach based on environmental DNA and sex pheromone measurements to detect invasive fish in open water systems.At Ahmedabad University, Dr Ghosal intends to study the proximate/physiological mechanisms of animal behaviour, and how such understanding can be implemented in the field of conservation biology. She plans to work on a range of model species including terrestrial and fresh water organisms in both laboratory and field conditions. Her laboratory uses a wide range of molecular, physiological, ecological and behavioural tools to address research questions. 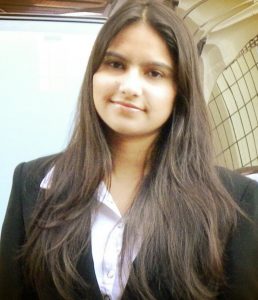 Completed her PhD in the field of Biosensors from CSIR-National Physical Laboratory New Delhi in collaboration with All India Institute of Medical Sciences and Guru Gobind Singh Indraprastha University, New Delhi.

I, Dr. Renu Singh, completed my PhD in the field of Biosensors from CSIR-National Physical Laboratory New Delhi, in 2012 in collaboration with All India Institute of Medical Sciences and Guru Gobind Singh Indraprastha University, New Delhi. I was selected as a JASSO Fellow under the JENESYS Program by Department of Biological Functions and Systems Engineering, Kyushu Institute of Technology, Japan in June 2009. I was employed as a research scientist for 3.5 years in Sensors & Aerosols Laboratory, School of Mechanical and Andvanced materials engineering, Ulsan National Institute of Science and Technology (UNIST), South Korea. Thereafter, I joined as a postdoctoral research associate in biosensors & bionanotechnology Laboratory, Department of bioproducts and biosystems engineering, University of Minnesota, Twin cities, United States of America. I joined as a scientist in March 2018 at Centre for food Nanotechnology, Food Engineering Department, CSIR-Central Food Technological Research Institute (CFTRI) Mysuru, Karnataka, India. 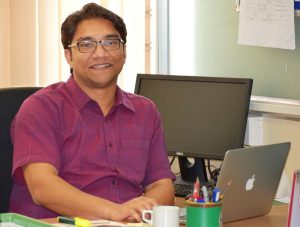 Is an assistant professor at Indian Institute of Technology Kharagpur where he is leading the RNA virus research group.

Dr. Arindam Mondal is currently working as an assistant professor at Indian Institute of Technology Kharagpur where he is leading the RNA virus research group. He had received his PhD degree from the Department of Biotechnology, University of Calcutta before moving to the United States to pursue postdoctoral research. He had worked as postdoctoral research associate at the University of Virginia and at University of Wisconsin, Madison and was subsequently promoted to Assistant Scientist at the Department of Medical Microbiology & Immunology, University of Wisconsin, Madison. He joined IIT Kharagpur in 2016 and received the prestigious DBT-Ramalingaswami Fellowship at the same time. The Mondal laboratory, now, is interested in understanding the basic molecular mechanism by which RNA viruses hijack the host machinery to facilitate their replication using the Influenza virus and Japanese Encephalitis virus as the model systems.

Want to learn about our volunteers who work tirelessly behind the scene to bring all the information to you?
Learn about Dr. Prateek Benhal, one of Sci-ROI's leadership team members

Want to learn about our volunteers who work tirelessly behind the scene to bring all the information to you?
Learn about Dr. Mayank Agrawal, one of Sci-ROI's leadership team members.

Join us for our virtual event on Single-cell Omics in India: Research and Challenges.
When: July 23rd, 10:00 AM - 12:15 PM EST
Register here: https://us02web.zoom.us/meeting/register/tZUkduGupzkqHtX5kd1LOBp97EQ1t230T0LW

Please check out the flyer for exciting job opportunities @SyngeneIntl.