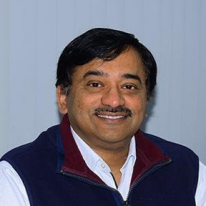 Additionally, he was Professor-In-Charge (Coordinator) of IIIT Kota, which is currently being mentored by MNIT Jaipur. He has been Dean, Students Affairs, and Head, Central Computer Centre at MNIT Jaipur as well. He also served as Chairman, Senate UG Board at MNIT Jaipur. He completed his Master’s degree in Computer Science and Engineering from the Indian Institute of Science Bangalore and Ph.D. from the University of Southampton, UK. In his teaching and research career of more than two decades, he has been an Investigator of several research projects in the area of Information Security and Networks on Chip. He has been part of the core group of Project ISEA (Information Security Education and Awareness) which is a major multi-institutional project in the domain of Information Security in India. His current research interests include Computer and Network Security (Network Attack Models and Countermeasures), Mobile Platform Security, Cloud Security, Malware Analysis, Networks-on-Chip, and Software-defined networking (SDN).