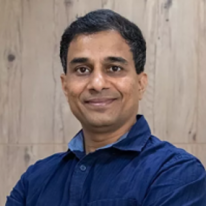 Prof. Galande was recruited as a Professor at the Indian Institute of Science Education and Research (IISER-Pune) in 2010. At IISER-Pune he leads the Centre of Excellence in Epigenetics (CoEE) and has assembled a team of scientists to study the evolution of epigenetic mechanisms using multiple model systems. The CoE in Epigenetics focuses on epigenetic modifications underlying a variety of biologically important phenomena and their role in gene expression, regeneration, cancer, behavior, aging, and evolution. To fulfill these goals Prof. Galande has established a multidisciplinary program engaged at the interface of biochemistry, molecular biology, bioinformatics, cell biology, proteomics, and genomics.

Before that, he joined the National Centre for Cell Science in Pune, India in 2001 as a senior scientist. Important contributions from his group at NCCS elucidated how cellular signaling pathways eventually exert their effect at the level of chromatin to orchestrate cell-type-specific patterns of gene expression. He obtained his Ph.D. in Biochemistry from the Indian Institute of Science in 1996. As a postdoctoral fellow at the Lawrence Berkeley National Laboratory in the US from 1996-2001, he studied the role of MAR-binding proteins in tumorigenesis.