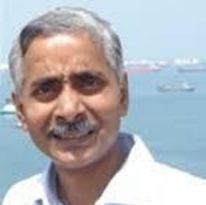 Professor Saumitra Das is an Indian microbiologist from the Department of Microbiology and Cell Biology of the Indian Institute of Science. Known for his studies in the fields of molecular virology and molecular biology, Prof. Das is an elected fellow of all the three major Indian science academies namely, the Indian Academy of Sciences, the National Academy of Sciences, India, and the Indian National Science Academy. The Department of Biotechnology of the Government of India awarded him the National Bioscience Award for Career Development, one of the highest Indian science awards, for his contributions to biosciences in 2005. His laboratory at the Indian Institute of Science has been studying the biology and pathogenesis of several RNA viruses, such as Hepatitis C and Coxsackie B3 virus. In continuation of his interests in RNA viral diseases, he is involved in research on the Dengue virus while serving as the Director of the National Institute of Biomedical Genomics.