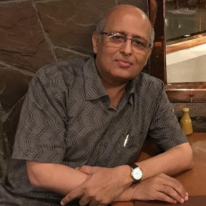 Dr. Shahid Jameel is an Indian virologist and the ex-CEO of Wellcome Trust-DBT India Alliance. Known for his research in Hepatitis E virus, Jameel is an elected fellow of all the three major Indian science academies, namely, National Academy of Sciences, India, Indian Academy of Sciences, and Indian National Science Academy. CSIR awarded him the Shanti Swarup Bhatnagar Prize for Science and Technology in 2000. He is a member of Guha Research Conference as well as the American Society for Microbiology and the award orations delivered by him include the Dr. M.R. Das Memorial Lecture of the Indian National Science Academy.
Dr. Jameel completed his graduate studies (BSc) at Aligarh Muslim University in 1977 and moved to IIT, Kanpur for his master’s degree in 1979. His doctoral studies were under the guidance of Dr. B.A. McFadden at the Department of Biochemistry at Washington State University. After completing his PhD in 1984, he did his postdoctoral work on molecular virology with Dr. A. Siddiqui at the Department of Microbiology and Immunology at University of Colorado Health Sciences Center. Three years later, he joined the institute as an Assistant Professor at the Division of Rheumatology. His stay there lasted a year and on his return to India in 1988, he joined International Centre for Genetic Engineering and Biotechnology (ICGEB) where he established the Virology Research Group. He continued his research at ICGEB as a senior scientist and the head of the virology research group for around 25 years. In 2013, he moved to Wellcome Trust-DBT India Alliance as its Chief Executive Officer and holds the position until now. He was shortlisted as one of the five choices for the post of the vice chancellor of Aligarh Muslim University in January 2017.