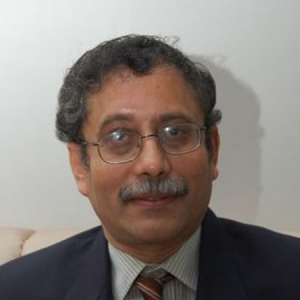 Dr. Sourav Pal is presently Director of Indian Institute of Science Education and Research Kolkata from Oct 12, 2017 on deputation from Indian Institute of Technology (IIT) Bombay. He joined IIT Bombay on June 1, 2015. He was formerly the Director of CSIR-National Chemical Laboratory (NCL), Pune. He worked at NCL Pune for almost 33 years and was Director of NCL from 1st December, 2010 till May 31, 2015. He has also been the Head, Physical and Materials Chemistry Division at NCL and has been instrumental in setting up Electronic Structure Theory Group, which is established as a major research group in India and well known globally. Dr. Pal is a distinguished theoretical chemist and has contributed to diverse areas of theoretical chemistry including the challenging aspects of methodological and conceptual developments. He has contributed significantly to the many-body theory of molecular electronic structure and properties using coupled-cluster methods and is well recognized in India and abroad. He has also contributed significantly to the area of chemical reactivity and density functional theory response. In recent years, he has contributed to the catalytic and hydrogen storage materials using computational material science.

Dr. Sourav Pal obtained his integrated masters degree in Chemistry from Indian Institute of Technology (IIT) Kanpur in 1977. He received his Ph.D. degree from Calcutta University and joined NCL in 1982. He was a post-doctoral fellow at the University of Florida, Gainesville, USA (1986-87) and has been Alexander von Humboldt Fellow at the University of Heidelberg, Germany (1987). He was a visiting Professor at the University of Arizona, Tucson, USA (1995) and the Institute for Molecular Sciences, Okazaki, Japan (1997). He is currently also an adjunct Professor at Indian Institute of Science Education and Research (IISER) Pune and is appointed as Distinguished Visiting Professor, IIT Kharagpur for five years. He has been a Visiting Professor in University of Torun, Poland. He served as the President of Chemical Research Society of India for a tenure of three years from April 1, 2014. He is a member of Executive Council of Federation of Asian Chemical Societies and is Chairman of Chemical Division Council of Bureau of Indian Standards and serves in several important scientific committee in the country. He is presently a member of the Council of Indian National Science Academy, New Delhi.