The discovery of Penicillin in 1928, the first antibiotic, by Alexander Fleming paved the way for a revolution in medicine. However, antibiotic consumption has increased worldwide with India being one of the major countries that contributed to 3/4th of the increase between 2000 and 2010. This is beginning to cause a renewed health threat where infections are once again becoming causes of death, as more and more microbes become desensitized to existing antibiotics. While scientists and healthcare workers are doing their best to battle this threat by continued research and better antibiotic management, public engagement and awareness would be another important line of defense against this threat. Superheroes against Superbugs is one such initiative (SaS), that was launched in partnership with DBT/Wellcome Trust India Alliance, World Comics India, Center for Cellular and Molecular Biology, Hyderabad, and George Institute for Global Health.

The idea behind this initiative was to not only raise awareness but also involve the youth of the country to play a big role in doing so. This was because, as Dr. Iqbal points out in the video, few people seemed concerned about antibiotic resistance or knew what it was. SaS made school children in India (13–14 year old teens) the focal point of its outreach and put together hands-on activities to engage with them. From games to videos, skits, comics and so on. Several complex concepts were simplified and communicated to school kids. The team has discussed how this approach was varied for children from disadvantaged backgrounds who brought up hygiene issues with respect to AMR (Antimicrobial resistance) as opposed to children from private schools who focused more about overuse of antibiotics. To take this a step further and spread the word using storytelling, SaS partnered with World Comics to create grassroot comics. Kids were encouraged to work on their own comics and tell a story about antibiotic resistance through them. Their collection can be viewed here.

Needless to say, the SaS initiative has come a long way in expanding its tools to create some much-needed awareness at grassroot levels for AMR in India. Currently they are offering fellowships for educators, research engagement officers and researchers who wish to create tools for AMR in India. SaS Facilitator Dr. Somdatta Karak has created a fun article titled “Common Myths about Microbes” in the special edition of iWonder, a science magazine for school teachers by Azim Premji University. In 2020 SaS was invited to a virtual roundtable discussion– ‘Combating, AMR in Asia during a pandemic’ where 15 leading healthcare industry figures discussed AMR in Asia. If you wish to learn more about SaS and take advantage of the breadth of material provided by their team, check out their website.

In context of SaS, it’s worth reflecting on the importance of science communication and outreach in general. Until very recently scientific conversations were only heard and discussed within labs or institutes. Thanks to the advent of social media, that veil is slowly lifting. However social media has its own issues, there is not only a vast amount of information out there but a lot of it is grossly inaccurate too. Added to that, not every person or child has the same number of resources that make information accessible to them. Large scale efforts for science outreach can do a lot for spreading the right information in the right places, SaS being one of the best examples of that.

For more, listen to Dr Sarah Hyder Iqbal (Co- Creator and Lead) in the adjoining clip where she discusses how they came about this initiative and went on to create a large-scales outreach program to tackle growing antimicrobial resistance in India. 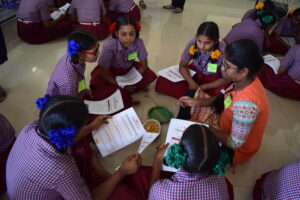 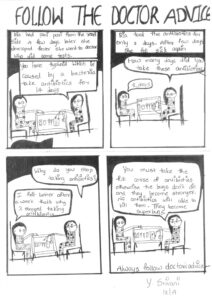 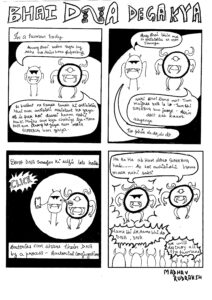 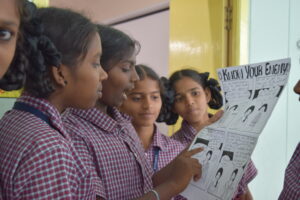